Your Brain on Gamification 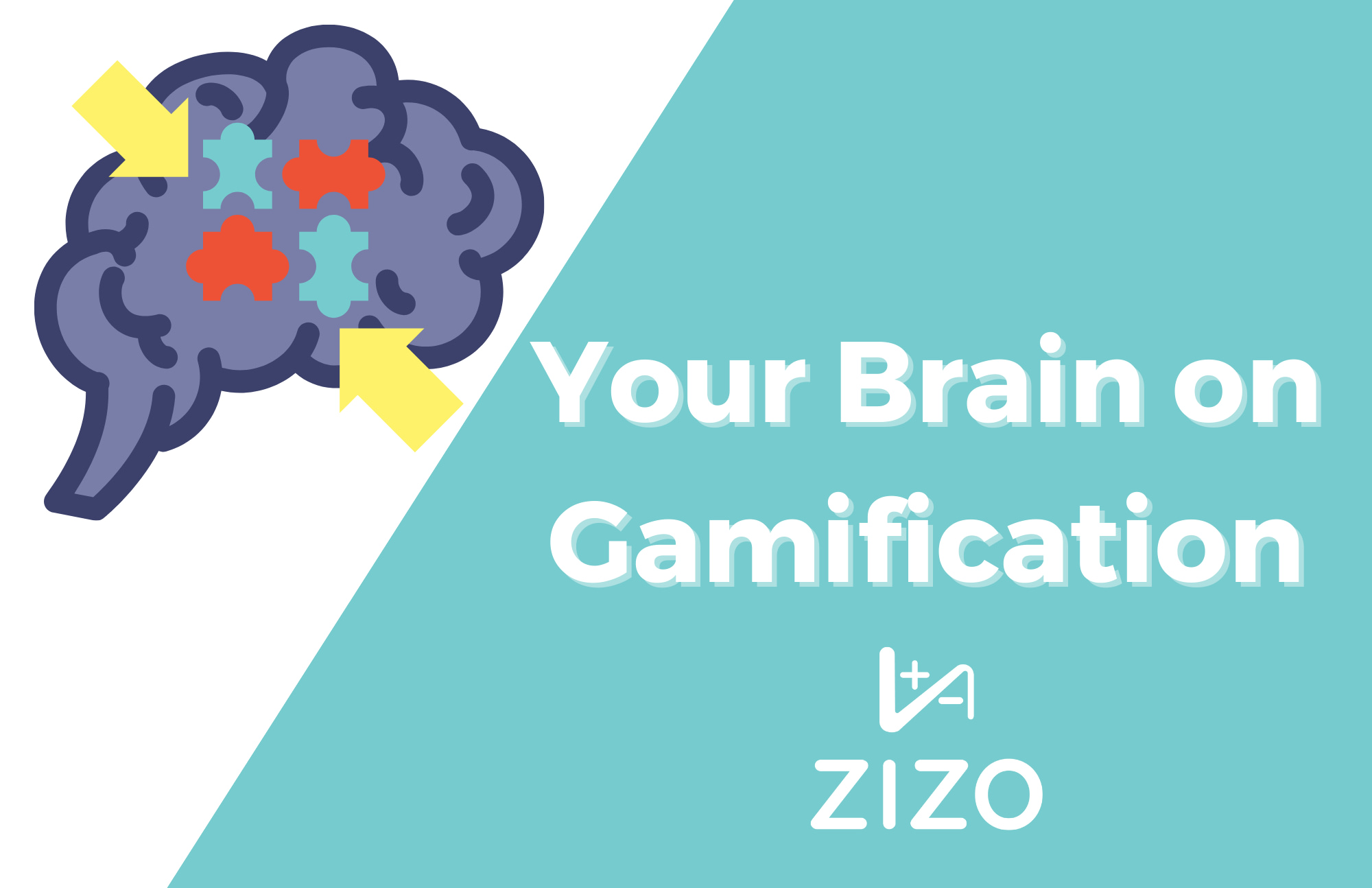 We have all heard the brain being compared to a computer, and indeed they share many similarities. Both run on energy – the brain on chemicals and the computer, on electricity; both acquire, process, and share information; and both adapt to changing conditions in their environment. Brains and computers multitask too, albeit in different ways – i.e. the computer can figure out several mathematical equations at once while the brain can take in and utilize new information while also controlling the bodily processes (i.e. breathing) that keep us alive. That said, one of the significant ways in which brains and computers diverge is that the former can be distracted by emotions and other stimuli constantly flooding in, thereby impeding learning. Fortunately, we have tools designed to work with the neurochemistry of our brains and bypass those distractions to increase focus and promote efficiency. Gamification is one such tool, which is why is has become so popular in both workplace and educational environments.

The Brain and Recall

The Brain and Recall

One of the most fascinating aspects of the brain is its ability for recall – largely by drawing on associations. You likely have noticed this phenomenon when it comes to your most vivid memories. For example, you walk by a bakery and the smell of freshly baked cookies instantly transports you back to your grandmother’s kitchen, even though you might not have been there in years or even decades. A whiff of a certain cologne may bring back the memory of your first boss out of college who made life unpleasant. And it may be impossible for you to hear music by a certain band without thinking of the Civil War because that’s what you listened to while cramming for your history final. Though these walks down memory lane might make us smile or cringe, we don’t often give much thought to the complex relationship between our brains and our five senses that allows these “files” to be pulled up and re-experienced, often as clearly as when the events originally occurred. By the same token, association also helps us acquire new information, whether that be facts or figures or practical knowledge that we use to conduct our daily lives.

Playing a key role in this process is the hippocampus, which is located deep in the mid-brain and, along with the amygdala, thalamus, and hypothalamus forms the limbic system involved with the relaying of sensory information and regulation of emotions. The hippocampus in particular is responsible for making the types of associations noted above, therefore, the stronger the engagement of the hippocampus at the time information is acquired, the more efficient our later recall of that information.

So how does gamification, or the integration of gaming aspects into real life, factor into this process?

For one, gamification affects several hormones in ways that prepare us mentally and physically for happiness and success. It stimulates the production of dopamine, a chemical released in the brain when we reap some sort of reward for doing an activity, resulting in a feeling of joy and motivation to continue doing said activity (and thus get the reward again). A 2015 study shows that running releases dopamine, which along with endorphins results in that famous “high” that makes people lace up their sneakers again the following day. So you see, gamification is literally a workout for the brain that produces exhilaration and a pleasant association with a task, even one that is otherwise mundane and/or disliked. In fact, like exercise, gaming also results in the release of both endorphins and serotonin, which boosts overall mood, as well as oxytocin, the hormone associated with love and empathy (that one is triggered by the storytelling aspect of gaming). On the flip side, gamification reduces cortisol, which is largely responsible for the regulation of stress and anxiety that game impede performance.

Gamification also creates a context for learning. As noted in the examples above, our brains take in a mind-blowing (pun intended) number of stimuli every waking second of our lives, and sometimes even while we sleep. Though consciously we might not be aware of these things in the moment, they affect our experiences and later aid in our ability to utilize them in a variety of circumstances; for example, we might remember how to get to a place by recalling a landmark along the way, even if that landmark was barely noticed the first time around. The most successful gaming platforms often create a narrative, such as simulating a situation at a workplace, that encourages participants to use critical thinking skills to solve challenges and engage with consumers.  Moreover, successes in the game – as well as situations when the performance could have been better – become part of the memory which can aid the person when a similar real-life situation occurs.

As you can see, gamification is alchemical, creating the ideal marriage of environment and neurochemistry. Moreover, it is not just a one-and-done phenomenon. Our experiences, positive and negative, create neural pathways in the brain that contribute to our perception of the world and thus our decision-making moving forward. Properly designed and utilized, a gamification platform will increase employees’ enjoyment of their work, improve their retention of knowledge, and hone their skillsets, all of which positively affect the organization, not just in the present but in the future as well.