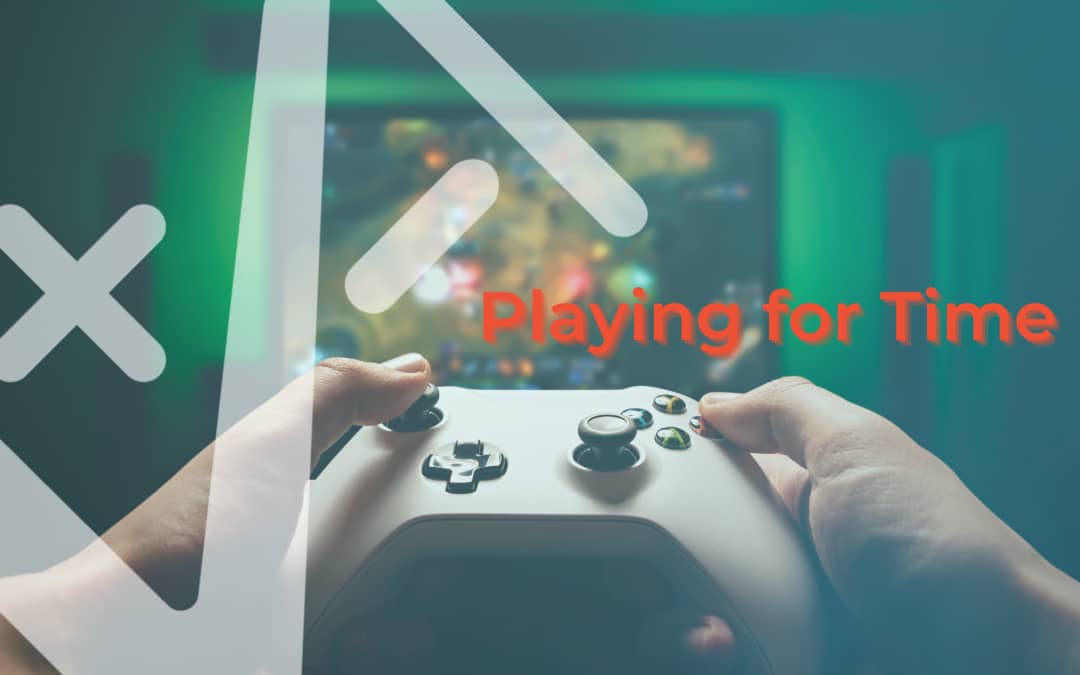 Playing for Time: How Gaming Can Help Treat (and Prevent) Dementia Cognitive decline has become a worldwide epidemic, with an estimated 50 million cases reported as of 2021 – a number that is expected to triple in thirty years. As of 2022, 6.5 million in the U.S. alone have dementia, or one in nine people over the age of sixty-five. Some say these growing numbers are due to environmental factors such as exposure to aluminum, power lines, and air and noise pollution, while others point to the fact that we are simply living longer and therefore susceptible to diseases younger people typically don’t experience.  Whatever the case, it is taking a huge emotional and financial toll on sufferers and their families – not to mention the global annual price tag of $605 billion.

Currently there is no cure for Alzheimer’s, though there are medications that treat the symptoms. A growing body of research suggests that the most powerful tool we have to prevent or slow the decline of brain function is through mental activity, much like physical exercise keeps the body strong and limber. While any kind of activity is better than nothing, play has been particularly effective. For example, a 2021 study found that playing cards and other games can delay dementia by up to five years, while another, which spanned several years, found that engaging in mentally stimulating activities can protect brain health well into one’s nineties.

A much shorter study, just eight weeks, yielded even more exciting results: play, especially when it encompasses both physical and mental training, can actually diminish existing symptoms. The participants were forty-five residents of two Belgian nursing homes, with an average age of eighty-five and severe dementia symptoms. One group trained with Exergame – a machine that combines cognitive and physical exercises, while the other listened to music and watched videos of their own choosing.

Incredibly, after using Exergame for just fifteen minutes three times a week the first group experienced improved cognitive function; the second group, however, got worse. This built upon an earlier, similar study, in 2015, that also had positive results but only tested healthy individuals. The researchers also noted that the typical reluctance of this demographic – elderly and suffering from dementia – to engage in physical exercise was conspicuously absent here. The reason: they had made the “workout” fun… like a game.

While these results certainly seem like something of a miracle, they may not be all that surprising to neuroscientists – or those, for that matter, who employ gamification in their businesses or classrooms.  The former will explain to you how gaming (specifically hitting certain milestones and/or beating other players to reap a reward) releases dopamine, a chemical that stimulates the hippocampus, which is part of the brain’s pleasure centers.

This not only aids in the learning and retention of new information, the recognition of achievement makes it more likely that the user will return to the game and strive to reach the next level. The employer will likely forgo fancy lingo and simply point out that their sales teams are meeting their quotas, mundane tasks that are usually pushed to the side are now being completed, and the culture has become more collegial. Or they may speak to the fact that they use a gaming platform to recruit candidates most aligned with the organization’s mission and as part of their onboarding and ongoing training processes.

Similarly, teachers will have noticed that their students are enjoying the material more and are performing better, even when it comes to subjects they avoided in the past – this, because the fun in playing the game reduces stress, a major barrier to comprehension and retention.  Just as importantly, they are learning how to collaborate and compete with each other in healthy ways, a social skill that will serve them well throughout their lives.

On a related note, gamification is also an excellent tool to restore healthy socialization to those with any kind of cognitive impairment. Undoubtedly one of the biggest sorrows for their friends and family is feeling like they have lost their loved one, even though they are physically present.  This study discusses the benefits of digital play in terms of changing the public perception of people with dementia by showing that they can participate in activities and, hopefully, will lead to their being included more frequently.  Positive feedback provided throughout the game is key here, as it helps to keep the user, whether they are impaired or not, remain engaged.

Finally, if you’re worried that you haven’t “played” enough throughout your adulthood to prevent dementia, don’t be. Researchers have also found that your behaviors as you get older are actually more determinative in the prevention or reduction of dementia symptoms. The ability of the human brain to rewire and regenerate itself is nothing short of astounding, and we have barely scratched the surface.  In the meantime, we have our wake-up call to introduce more play into our lives, starting today.